The Genius of Rob Liefeld 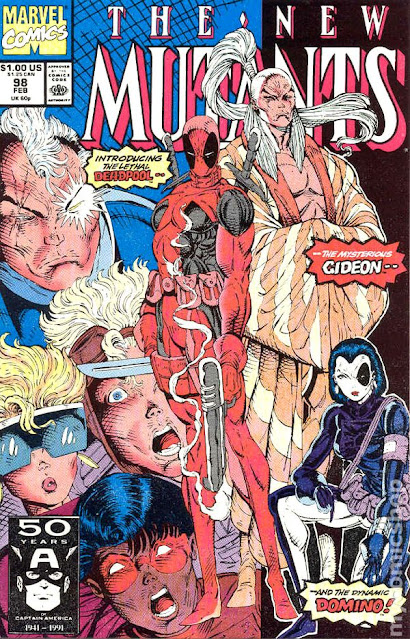 Without question, Rob Liefled is the defining 1990s superhero artist. In terms of impact and influence, the conversation starts with him and stays there long before it moves on to anyone else.
Perhaps because of this, you won't find a figure in the comics world who polarizes fans so completely as Liefeld does. For some he’s single-handedly responsible for generating a sense of excitement about comics they’d never felt before and rarely have since. For others he’s vilified as the harbinger of an era of excess, amateurishness, and style-over-substance.
Having been there to witness his meteoric rise first-hand, and having followed his career through the decades, I've found myself residing at both ends of the Rob Liefeld spectrum. As an artist and creator he is a living contradiction: a creative tsunami and a storytelling black hole, an innovator and a blatant idea-swiper, a thrilling designer and a poor draftsman.
*
A California native, Liefeld came on the comics scene at the tender age of 21 with his work on the 1988 Hawk and Dove miniseries at DC. He arrived with a style unlike any seen before in comics. He claimed influences such as George Perez, Jack Kirby, John Byrne, Art Adams, and Frank Miller, but his work looked like none of those, and not even an amalgam of them. His elongated characters had button noses, squinty eyes, toothy grimaces. Every pose and facial expression was exaggerated. So was his characters’ anatomy, often to the point of straining credulity. His backgrounds were minimal, with all focus placed on the action at hand. But the dynamism and uniqueness of it all was like a shot of adrenaline.
He was very sure of himself. In a preview of things to come, he drew the fifth and final issue of Hawk and Dove in landscape format without consulting his writers or editor. It wasn’t a random decision (the dimension in which the issue took place had previously been depicted sideways), but it was a decision that showed Liefeld was going to do what he thought was best, and damn the consequences.
Liefeld next made the jump to Marvel, where he soon landed on the junior X-Men title, New Mutants. The book has started off in 1983 under the guidance of X-Men writer Chris Claremont, who then handed the reins to Louise Simonson and artist Bret Blevins in late 1987. The book under this team was consistently good, but its sales were low compared to other X-Men titles. Rob took over from Blevins with issue 86 (February 1990). 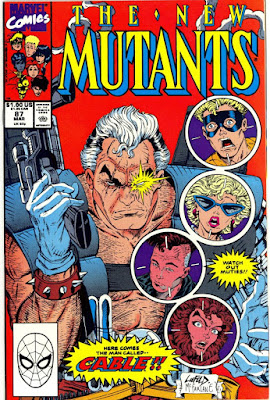 Like any superteam, the line-up of the New Mutants had changed over the years. But since the beginning it had featured a stable “core four” of Wolfsbane, Cannonball, Sunspot, and Dani Moonstar. These characters' personalities and relationships gave the team, and the book itself, its beating heart. In his second issue as artist, Simonson and Liefeld introduced a grizzled old cyborg mentor for the team – Cable – and so began a complete makeover of the team, from costumes to line-up to premise.Interest rose, and so did sales. Liefeld’s art was raw, but it was so vibrant and so different from the Marvel and DC house style that it was like catnip to fans, myself included. But Liefeld’s success on New Mutants wasn’t without drama. Louise Simonson didn’t like the addition of Cable or the fact that he represented the impending militarization of the team. Also, Liefeld had begun collaborating with editor Bob Harras to rework Simonson’s plots, often without consulting her. 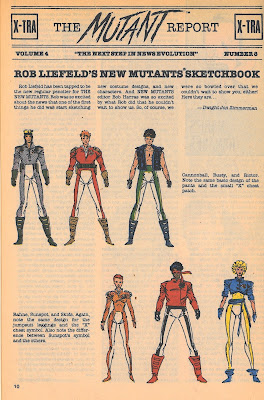 Now Liefeld had clearly been brought in to shake things up – Marvel Age ran some of his sketchbook designs for new costumes and new characters before his run on the book even started – but it’s still hard to blame Simonson for feeling hijacked. In the first 11 issues of Liefeld's run, the team she had so lovingly written was ripped down to its studs: Dani Moonstar left the team to live in Asgard, Rusty and Skids joined the Mutant Liberation Front, Warlock was killed, and Wolfsbane was brainwashed into a Genoshan mutate. By the end of the “X-Tinction Agenda” crossover, Simonson had decided to leave the title.

In later interviews, Liefeld was unapologetic about pushing Simonson out, saying disingenuously, “I was basically drawing a book about a group of whining teenagers. I wanted more than just a change in costumes.” (Comics Scene Spectacular 4).
With Simonson gone, Liefeld was promoted to plotter, and Fabian Nicieza came on as scripter. With their first issue, #98, the duo quickly set about finishing the job of transforming the team. That issue sees Rictor leave the team, and introduces three new characters: Gideon, Domino, and...Deadpool. Yep, this is where the world first met the merc with the mouth. 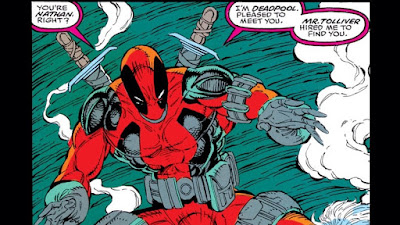 Deadpool is a character Rob Liefeld takes great pride in having co-created. And he should. It’s rare for a new comic book character to catch on and become a genuine star attraction, but Deadpool did that (Harley Quinn was the only other character introduced in the 1990s that had anywhere near a similar impact). At the same time, Deadpool also perfectly represents all of the contradictions of Rob Liefeld as a creator. Because as iconic as he has become, he’s not a wholesale original character, or at least he wasn’t as he was first conceived. Liefeld admitted to mashing up Deathstroke the Terminator with aspects of Spider-Man and Wolverine and Snake Eyes from G.I. Joe. As scripter, it was Nicieza who made Deadpool a hyperverbal wiseacre, evident from his first appearance. But all of the character’s most unique aspects - his scarred face, his uniquely flexible moral code, and his awareness that he’s a comic book character - were introduced by writer Joe Kelly in the 1997 Deadpool ongoing title. So essentially, Liefeld created a cool-looking cipher that others filled in.
*
What happened in the next year or so after New Mutants #98 was also instrumental in defining the yin and yang of Rob Liefeld. By issue #100 the demolition of the team was complete. Cannonball and Boom-Boom were the only characters left who’d been in the book before Liefeld’s run began. The New Mutants, in fact, ceased to exist, and the team recast itself as a proactive strike squad. “It’s time we became a force for change in this world. A force – legal or not – for what’s right,” Cable says in the closing pages of New Mutants #100.
The book was relaunched as X-Force, and upon its release in August 1991 set a new sales record. Fans picked up five million copies of the first issue, beating the mark set by Spider-Man #1 just one year earlier. I personally bought five copies in order to collect each of the trading cards the issues were polybagged with. I had loved Liefeld’s New Mutants run and had high hopes for his X-Force. But by issue #5, Liefeld was sharing penciling duties, and after #8, his art wouldn’t appear on the title again. He’d completely gone from the book by issue #13. The inconsistency killed my trust in Liefeld. By this time he’d already gotten ahead of himself in interviews, promising a Cable miniseries and a Titans project, neither of which ever materialized.
There’s more to tell about Rob Liefeld in subsequent essays, so I’ll stop here for now. But suffice to say that even in 1991 it was pretty clear Liefeld was a genius, just not as a comic book artist or plotter. When it came to producing actual comic books, his ability to generate ideas outpaced his ability to execute them. His real talent lay in creating story concepts and designing characters, not in actually producing them. Each development of his subsequent career would only serve to make that point more and more apparent.