Marvel vs. DC: The Rematch

I try to write things that will stand the test of time, and I think often I succeed at that (if nothing else).

But recently I was looking back at what I've written here on 24 Pages and a particular piece stood out as glaringly out-of-date. Back in 2011 I essayed a competition between the two titans of superhero storytelling, pitting Marvel and DC against one another in 18 different categories such as "Best Hero" and "Most Consistent Long-Running Title." DC won, 9 points to 6. Reading it again, I was struck by how much has changed in the past eight years, so much that six categories felt in need of updating.

That puts the current score at Marvel 3, DC 7. It's looking pretty lopsided, but with six categories still to be decided, it's anyone's game.


RACIAL DIVERSITY
I gave this category to DC originally because of Milestone, their 1990s imprint dedicated to depicting heroes of color. At the time, DC was attempting to incorporate characters like Static, Hardware, Icon, and Rocket into the DC Universe proper. But they promptly bungled that, as well as their relationship with Milestone's creators. 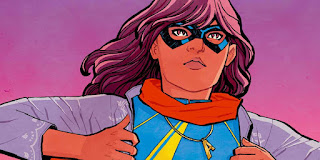 Not only are Marvel's lists longer, they are more substantial. Coates writes Black Panther and Captain America, two of the company's biggest properties. Miles, Ms. Marvel, Robbie Reyes, Ironheart, Shuri, America, and Moon Girl have all had their own titles. Miles Morales has had his own movie, and Ms. Marvel is getting a Disney+ series, as well as being featured in Marvel Rising.


HEROINES
I originally gave this one to DC because they had the most recognizable female superhero, Wonder Woman. That hasn't changed, and in fact has increased after the 2017 film. But the gap is much smaller thanks to the phenomenon that is Captain Marvel.

But we're really talking about comics here, and though Wonder Woman is tough to beat, perhaps we should be looking at the bigger picture. Marvel is currently publishing about a dozen series or limited series featuring female leads. DC has about eight.


ALTERNATE REALITIES
I'm eliminating this category. I realized I don't feel strongly enough about it to really make a call. I also found myself going off the rails on a "Do What If? stories count as alternate universes or as imaginary stories, and what's really the difference" train of thought. 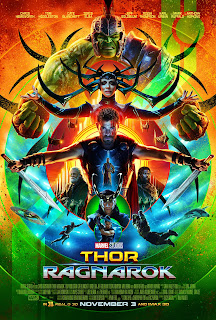 This is the most dramatic change. When I wrote the first piece, the only Marvel films that had been released were Iron Man, Iron Man 2, Thor, Captain America, and Avengers. This was what the end of what they call Phase I, but there was little indication that of the storytelling feat the company was in the midst of building. I'd argue that it wasn't until 2016's Captain America: Civil War that the scale of this thing became truly clear, and of course Infinity War and Endgame brought it all home in the most satisfying of ways.

DC, once the undisputed champion in this battle (what with the Christopher Reeve Superman films, the Tim Burton Batman films, and the Christopher Nolan Batman films). But with DC's own attempt at a shared universe sputtering at the hands of Zack Snyder (the individual successes of Wonder Woman, Aquaman, Suicide Squad, and Shazam notwithstanding), and some truly time capsule-worthy Marvel films (including Thor: Ragnarok and Guardians of the Galaxy, Vol. 2) it's now lopsided the other way. 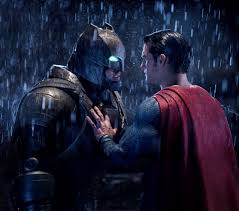 Though the outcome is the same as before, I figured this category was worth relitigating if only for the sheer number of superhero films that have been released in the past 9 years. I guess the big question is: Were any of those movies worse than 1997's Batman and Robin?  I haven't seen them, but judging from the fan and critic reaction, Batman v Superman: Dawn of Justice and X-Men: Dark Phoenix were at least in the ballpark. I haven't seen either, so I'll leave things as is. Until a superhero movie has something worse than George Clooney's bat nipples and Arnold Schwarzenegger's winter puns, DC wins (loses) this category.


CURRENT EVENTS
Back in 2012, I gave the tip to Marvel because they didn't reset everything the way DC had with the New 52. But that's not really an event so much as a reboot, which is a constant thing now for both publishers. 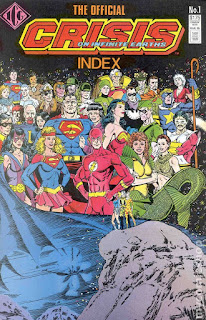 So instead let's look by the actual definition of "event": Title-spanning crossovers. Marvel essentially started the trend with Secret Wars in 1984, a series designed to sell toys that got its name because "secret" and "wars" were two words that kids reacted well to. And that level of creative depth has served as a blueprint for events at both publishers. Another apt title for the whole phenomenon of event storytelling is DC's Infinite Crisis.

Given my general disdain for this type of storytelling and how it hijacks regular titles you want to read and makes empty promises about actual story consequences, how do I make an overall judgement? I guess the fairest way is to look at the best events of both publishers and see who did it better? Both Marvel and DC have their share of events ranging from awful to forgettable,  but both have also produced some highly enjoyable stories.

Marvel's Infinity Gauntlet was truly thrilling (with diminishing returns on the various sequels), the 2015 Secret Wars was a sneaky way for Jonathan Hickman to tie a bow on his Fantastic Four and Avengers runs, Civil War inspired a movie that was better than the comic itself, and the recent War of the Realms (really a Thor story writ-large) was very well-constructed.

High on the quality scale for DC are Zero Hour, 52, Blackest Night, and Final Crisis. But they also still have the mother of all events, the 12-issue Crisis on Infinite Earths. In terms of scale, quality, and innovation, it's nearly unbeatable. I can't imagine anything either company could do now or in the future that would have the same level of impact.

The outcome didn't change, but Marvel closed the gap. What's funny is if you asked me under extreme duress to choose between the two companies, I'd choose Marvel. By and large they have the characters and stories to whom I feel most deeply connected. But, I guess the categories don't lie, they only become outdated.
Posted by Paul V. Allen at 2:40 PM No comments: