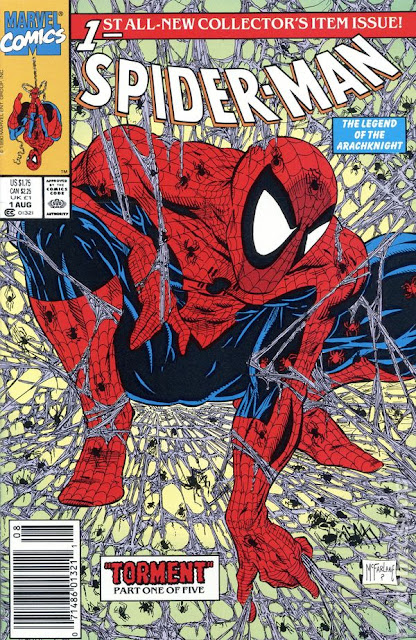 If New Warriors #1 was a masterclass in compressed storytelling, Spider-Man #1 – released one month later – was a cautionary tale about the dangers of decompression. It also taught me a valuable lesson about the how the gap between expectation and reality can be very big indeed.

In the past decade, Marvel and DC have thrown out new number 1 issues for established characters like so much confetti, but in 1990 it was a rarity. And even though Spider-Man had three titles to his name at the time – Amazing Spider-Man (1963), Spectacular Spider-Man (1976), and Web of Spider-Man (1985) – this one was being written and drawn by Todd McFarlane. That was a BIG deal.

McFarlane was a native of Calgary, Alberta, and had made his name drawing Amazing Spider-Man from March 1988 to January 1990, where his cartoony, exaggerated style reinvented the visual language of Spider-Man. McFarlane portrayed Spider-Man as a contortionist, and drew his webbing as thick and goopy and voluminous. His work on that title turned the 29-year-old artist, whose only other major comic book credits to that point were a two-year run on DC’s Infinity Inc. and a brief stint on The Incredible Hulk, into a superstar.

I was totally on the McFarlane bandwagon, and finding affordable issues of his Amazing Spider-Man I’d missed before I started collecting was like finding four-leaf clovers. I treasured the few I had. I’ve since acquired an omnibus collecting all of that run – which encompassed 27 issues and 2 years – and it’s striking to see the evolution of McFarlane’s style over those issues. Following the landmark #300, on which McFarlane began inking himself, his work became more dynamic and stylized with each issue. You can basically see the artist emerge before your eyes, but that rapid evolution also made for some awkwardness. The storytelling was always strong and clear, but the faces and posing could be downright strange.

Even so, the dynamism of the work overcame all. Though he was born to draw Spider-Man, McFarlane was one of those few artists whose style was so totally unique that you wanted to see him draw every single Marvel hero. And the DC ones too. 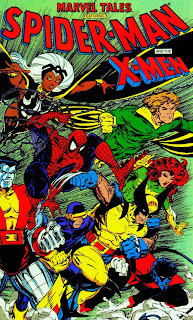 Needless to say, I was hyped for Spider-Man #1. A lot of people were. Marvel knew they had a huge moneymaker on their hands, so they sold the book in a polybag emblazoned with a large “Issue #1 Collector’s Item” blurb. They produced variants of the cover printed with gold ink and silver ink to appeal to completionists and speculators. It worked. Upon its release, Spider-Man #1 became the best-selling comic book of all time, with 2.35 million sold and an additional 500,000 copies printed to keep up with demand. The cover itself is one of the most iconic images of Spider-Man ever produced. The poster I had in my bedroom now hangs in my sons’ toy room.

I’ve long since divested myself of my personal copy of Spider-Man #1, but I know I bought at least two when they came out. But of course I wrecked the value of one of them by opening the polybag and actually reading the comic.

And when I did, I was disappointed by what I found there.

Spider-Man #1 is part one of a five-part story called “Torment.”  There’s a lot of atmosphere and forbidding and narrative captions but not much plot. Spidey stops a mugging, the Lizard kills some people (and a rat), Peter chats with Mary Jane, and a mysterious woman does mysterious things behind the scenes. It’s not awful - there’s an interesting parallel structure to the issue, and there’s certainly a sustained mood - but it’s overwritten, almost more like a prose story with pictures than a comic book. And the lack of interesting plot developments left me cold as a kid.

McFarlane took on writing duties because he wanted “the freedom to draw what I want to draw,” he said (Marvel). On Amazing Spider-Man he’d been paired with veteran writer David Michelinie, whose plots admittedly didn’t always play to McFarlane’s strengths. The strongest issues in his Amazing Spider-Man run were the horror-tinged ones featuring Venom (a character whom Michelinie and McFarlane created) and the Hobgoblin, and that was clearly McFarlane’s wheelhouse. Well, that and drawing cheesecake shots of Mary Jane in various outfits. So while the story in “Torment” leaves something to be desired, the art is certainly striking. 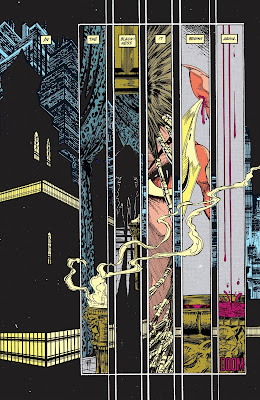 I wasn’t the only one dissatisfied. When the "Torment" story arc finished up after five issues, it became clear that first issue wasn't just a slow opening to a story that got more exciting as it went. The languorous pace continued throughout, the mystery woman never became less mysterious, and little of true consequence occurred.
The overriding narrative became that McFarlane was a subpar writer, and it was cemented when he later admitted he hadn't know what he was doing. He'd say that he was more concerned about the art than anything else. Here’s what he told Wizard Magazine in 1991 about his writing process: “Once I pick something I think is visually dynamic, I start to formulate a story around it. I don’t really bother with the minute details. I would if I had more time, but I have only four weeks to turn out the whole book” (Wizard 1). He’d later grouse that Marvel had offered him no help or advice with his writing (granted, in the same interview he’d just complained at length about editorial interference).

Though his storytelling approach definitely could have been improved, I don't think that was McFarlane's main problem as a writer. The real issue is that the stories McFarlane wanted to write and draw were not quite right for Spider-Man. The 15 issues of Spider-Man McFarlane ended up creating almost all had a heavy dose of darkness and violence, with guest stars such as Ghost Rider, Wolverine, Wendigo, and Morbius. The beloved Kraven's Last Hunt aside, Spider-Man just doesn't work that well in gritty stories. Certainly not on a sustained basis.

Judging by the structure and style of his work on Spider-Man, McFarlane worshiped at the altar of guys like Frank Miller and Alan Moore, and was trying to bring some of that graphic novel gravitas to Spider-Man. It was just an ill fit. Of course now we have the benefit of hindsight and knowing that McFarlane would go on to create the Spawn, a character and concept that he tailored to his strengths. 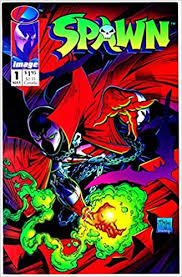 As disappointing as it was to me at the time, Spider-Man #1 may be one of the most influential comics ever released, with a far-reaching impact on the way superhero comics would be sold. Multiple covers and polybagging would become standard practice. So would be starting new series or restarting old series with new #1s. And the book's structure – a single story stretched out over five issues (something McFarlane claimed in a Comics Scene interview to have done to be "rebellious") – would eventually become the norm in superhero comics. For better and definitely for worse.