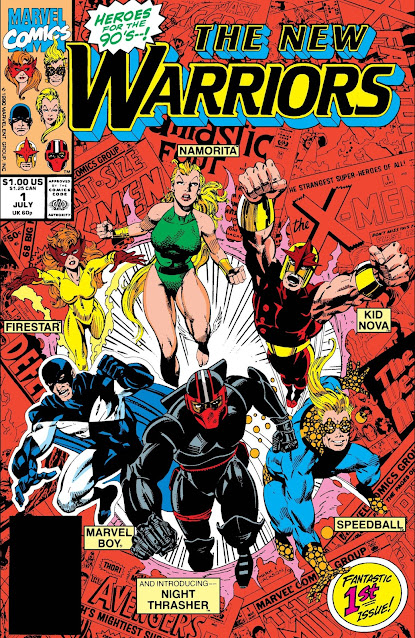 I started reading comics regularly in late 1989. I was 12-years-old and in the middle of seventh grade. It was a dark and difficult time for me.

Despite being my parents divorcing when I was four, and despite attending three schools by third grade, life was pretty happy-go-lucky for me in my first 11 years. Circa sixth grade, however, things took a turn. My best friend Stan moved across town and to a new school. I got big clunky glasses, and I started to gain weight and become very self-conscious about it. Being a June birthday I was already among the youngest kids in my class, but when I reached sixth grade it felt like everyone had gotten a memo that I hadn’t. All of my classmates seemed to have grown up without me. I had no close friends nearby for the first time in my life. My once healthy self-confidence sprung an unpatchable leak, and was soon gone completely.

It got bad enough that my teacher, Mr. Lange, noticed and referred me to the school counselor, with whom I started having regular visits. I never defined it this way or had it defined this way to me, but it’s clear now that I had become depressed.

It got worse in seventh grade. Though it could have been a fresh start for me, I came into the race limping. At one point, I tried to see how many days I could go without a classmate voluntarily talking to me. I don’t remember how many days it ended up being, but I do remember it was broken by Andy Adams, whose locker was one down from mine, making small talk about a class we shared. I remember being shocked to discover that he was speaking to me. My classmates’ indifference towards me occasionally turned to light bullying; threats and insults and “friendly punches” that were just a bit too hard and required the holding back of tears. During gender-separated P.E., my reluctance to communally shower and my lack of interest in wrestling led to the regular disappearance of my gym clothes out of my gym locker.

These were the conditions under which I wandered into comic books. They arrived at the exact moment when I needed a source of joy in my life, something to provide escape from the harshness of the day-to-day. Comic books didn’t cure me of my depression, but I shudder to think of an alternate reality where I didn’t start collecting comics, and what might have happened to that version of me.

Not only was my timing perfect for my mental health, it was perfect for what was happening in the books themselves. Marvel introduced six new “very modern” books in the first half of 1990 as part of what they called “Heroes for the ‘90’s” (sound familiar?!). The books were Robocop, Namor, Ghost Rider, Guardians of the Galaxy, The New Warriors, and Spider-Man. I bought all of them except Robocop, which held no interest for me.

These new titles loomed large for me as a novice collector, and still do for me now as a veteran collector (I’ll be writing essays about Spider-Man and Namor for this project, and I wrote about Guardians of the Galaxy here), but none more than The New Warriors. The first issue of that comic - and the next couple years’ worth of stories that followed it - defined my comic reading tastes, proclivities, and sensibilities.

Why did this particular comic book captivate me so completely? Given that I was a month away from becoming a teenager, and that I had my fair share of angst and anger, perhaps it was a simple matter of being able to identify with the characters. But it wasn’t just that. In fact, I’d say that was only a very small part of the appeal.

The New Warriors were an unlikely team consisting largely of unwanted characters who had been kicking around the Marvel universe for several years. Namorita, Namor the Sub-Mariner’s cousin, first appeared in 1972. Vance Astrovik, Marvel Boy, debuted in 1975 (and came to prominence in the mid-‘80s in the Thing’s solo title). Richard Rider, Nova, had his own 25-issue series starting in 1976. Firestar originated not in the comics but on the Spider-Man and His Amazing Friends cartoon in the early 1980s (she made her comics debut in 1985). Speedball first showed up in 1988.

Marvel editor-in-chief Tom DeFalco and artist Ron Frenz had the ingenious idea of throwing those five together along with a mysterious new character - Night Thrasher – to lead them. DeFalco and Frenz introduced the New Warriors in late 1989 in the pages of the Mighty Thor (issues 411 and 412, to be exact). 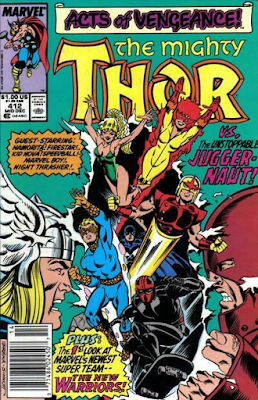 Response must have been good enough to give the team their own book. The task was put in the hands of two relative newcomers. Fabian Nicieza had served behind the scenes at Marvel as both an advertising manager and as an editor of titles such as Barbie Fashion, ALF, Bill and Ted’s Excellent Comic Book, and Wonder Man. As a writer his only previous regular assignment was the New Universe Psi-Force, which was about a group of psychic teens. Nicieza wrote the book from issue 16 (February 1988) through to the title’s cancellation at issue 32. He worked with a variety of artists, but on #24 he was teamed with Mark Bagley.

A military brat, Bagley studied at the Ringling College of Art and Design in Sarasota, Florida. For awhile he worked odd jobs while trying to break into comics, but then landed a job doing technical drawings at Lockheed Martin in Georgia. In 1983, Marvel put out the Marvel Try-Out Book as a contest to find new talent. A friend encouraged Bagley to enter. Though reluctant, Bagley did it, and won. He didn’t hear from Marvel for several months, but eventually he was flown to New York, met the Marvel editors, worked on a story, and was added to the call list for assignments. Jobs were slow in coming at first. Bagley did mainly fill-in work on New Universe titles, back-up stories, and some trading card work. The New Warriors was his big break, but Bagley wasn’t exactly over the moon at first. “At first I didn’t really want to work on New Warriors,” he told Wizard Magazine in 1992. “I mean, it had Speedball and Marvel Boy in it!” But he was won over by Nicieza’s enthusiasm and long-term plans for the book.

In these days of decompressed storytelling, where stories are given more space to unfold, it’s almost shocking how much Nicieza and Bagley were able to establish in New Warriors #1. This was in many ways a throwback to the Marvel of the 1960s, when telling the Fantastic Four’s origin didn’t even take up a whole issue. But those older issues often felt rushed, likely because they were. New Warriors #1 doesn’t take shortcuts, but it definitely starts with its foot on the gas, and doesn’t take it off.

The book begins with Night Thrasher dangling a terrified Richard Rider over the edge of a tall building, and then dropping him, an act which awakens his dormant Nova powers. When Rider marvels at how Night Thrasher knew that would work, the latter says simply, “I didn’t.” Thus in two pages we learn something fundamental about the two characters and their relationship. From there we bounce quickly to Marvel Boy’s botched Avengers audition and Night Thrasher’s oddly threatening way of inviting Firestar onto the team. A menace arises, and Speedball and Namorita arrive by fate, not as recruits. The six heroes defeat the enemy through cooperation and quick-thinking, and decide to band together. This all happens so effectively and thrillingly, I’m not shy to label New Warriors #1 a perfect first issue.

It might just be because I read and re-read this issue so often, but it’s just filled with memorable moments, wonderfully conceived by Nicieza and masterfully executed by Bagley. These include: 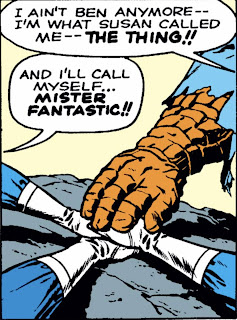 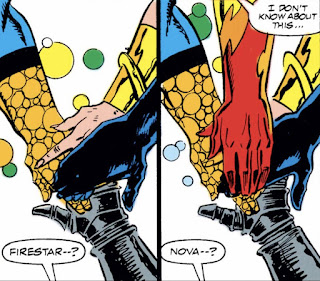 I wasn’t the only fan of New Warriors #1. The series became a surprise hit. As typified by Bagley’s initial reaction, no one within Marvel really thought a book full of cast-off obscure characters had much of a chance. I’d venture to say that much of the book’s success was that the characters were unwanted, as it afforded for more growth and drastic change than mainstream superhero books typically allow. Nicieza recognized this, saying of the Warriors, “When they appeared in Thor, I thought right off the bat that this was the perfect group of characters for me to work with, the right balance of established detail and tabula rasa blankness.” (Comics Scene 20) As such, the New Warriors became an unpredictable book: Costumes changed, powers evolved, characters came and left, relationships deepened and broke. This thrilled me as a kid.

The subsequent 24 issues Nicieza and Bagley did as a team weren’t quite as perfect as that first issue – the Punisher story arc in issues 7 through 9 is particularly awkward – but in general it’s a very impressive run. As a kid I especially loved the alternative reality “Forever Yesterday” storyline in issues 11 through 13. So many aspects of the series became fundamental elements of my ideal of superhero comics. Besides the character development and interactions, there was the tight plotting, the balance of gravitas and levity, the dynamic but unobtrusive visual storytelling, and the mixture of epic and intimate stories.

Besides the character development, Nicieza had a clear thesis behind his approach to the series. He told Comics Scene, “These kids are looking at the world and trying to do something about the problems they see, to do the right thing no matter what. It’s damn hard to do. I hope teenagers in the ‘90s are absorbing this, not only from comics, but from what’s going on around them.” That theme didn’t show up in every storyline, but it certainly ran beneath the series for as long as Nicieza wrote it, which was until 1994. (It was also the central conceit of the excellent one-page reunion between Nicieza and Bagley that appeared in Marvel Comics #1000 in 2019, which unapologetically depicted the original characters as, in the modern vernacular, social justice Warriors).

New Warriors turned out to be quite a significant career launch for both its writer and its artist. Bagley would leave New Warriors in 1992 to work on one of Marvel’s flagship titles, Amazing Spider-Man, and eventually become known as one of the definitive Spider-Man artists. Nicieza’s career took off as well, and by 1992 he’d be writing X-Men. We’ll hear more about both men going forward.